The Last Yandere: Cursed Dark is a short sci-fi horror visual novel that takes place within the mythology of the AppSir Games Universe.
3.9/5 Votes: 2,040
Report
Developer
AppSir Inc.Version
3.6
Updated
February 15, 2022Requirements
5.0 and up
Size
92MGet it on

The Last Yandere: Cursed Dark is a short sci-fi horror visual novel that takes place within the mythology of the AppSir Games Universe.

The surreal story of The Last Yandere: Cursed Dark takes place in November 2017. After losing his memories three years prior, a lonely man seeks to rebuild his life and uncover the truth behind his pixelated nightmares. While applying for a job at AppSir, Inc., the game development company plunges into chaos as nightmarish glitches start appearing in their games. Soon after, he meets a mysterious woman named Kara Gentner.

Day by day, things start to feel just a bit different. Daily experiences are becoming a blur and just the smallest things seem to be off. At night, he hears a strange hum around his room before night terrors haunt him in his sleep. His new friend Kara is starting to show her sinister side, too.

The man is terrified, and maybe he’s right to be. 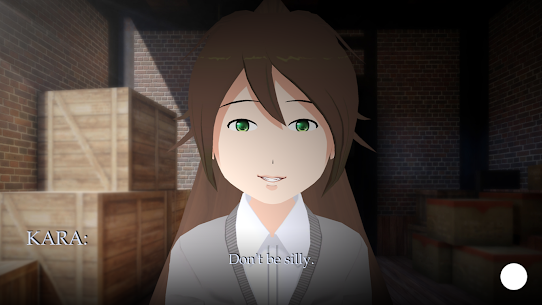