If you experience graphical glitches use Chrome and http://mo.ee to play instead.
Alternatively you can try our other client which has less flaws depending on device: RPG MO Sandbox https://play.google.com/store/apps/details?id=ee.mo.rpgnew
—
RPG MO is an online multiplayer role-playing game that requires time and dedication. The game is created with adult gamers in mind but younger players can also enjoy it. Overall it is a simple yet addictive game where you can fight monsters and try out 18 different skills. It is free to play. Bigger screen = better playing experience.
—
Type in unique username and password to start playing. If it says wrong password, choose another username.

This is our Early Access release. This release has assets bundled to the app to reduce internet usage during use. Please send bug reports to [email protected]
If you experience lag please get Chromium Android client from https://mo.ee/download.html 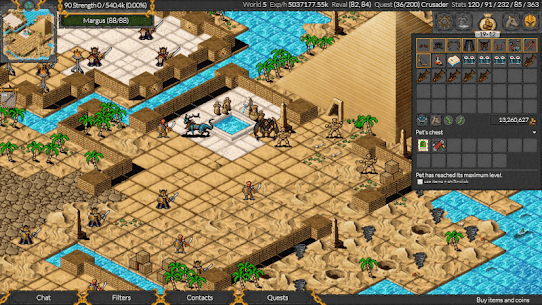