If you like cut rope game, you’ll love Rescue Jerry! This is a fun and simple game, cut the rope with your finger to help the little mouse, Can he eat his favorite cheese? You can help him! 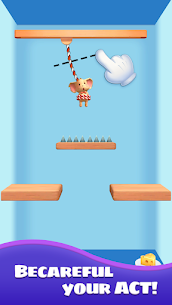