The threat looms over the kingdom again!
The army of the Dark Lord appeared on the borders, which means the war will be truly total!

– Choose a hero you like more: knight, ninja, archer and even king!
– Explore, improve and reforge artifacts: knives, swords, bow and arrow, even Bible (why not?).
– Clash you band of heroes with the army of zombies, goblins, pirates and assassin.
– Defend you township from other players.
– Develop and protect a castle in your township.
– Choose a target and attack a castle of another player.
– Clash you hero band with the squads of other players in the player vs player (pvp) arena and become a champion!
– Unite in clans for total war!
– Complete the story to the end.
– Fetch rewards and tap tap tap to upgrade your knight, assassin or another hero. They are already not idle heroes, they are legends of the arena! 😉

The new free landscape castle game Raid Heroes: Total War will give unforgettable emotions during exciting battles.
You can feel like a real land lord or army leader and show your tactical skills.
This is the incredible mix of rpg, strategy, idle heroes games and auto battle games!

Do not read legends of hero wars but become a part of these legends!
This is a game you wish!
Good luck in the battles! 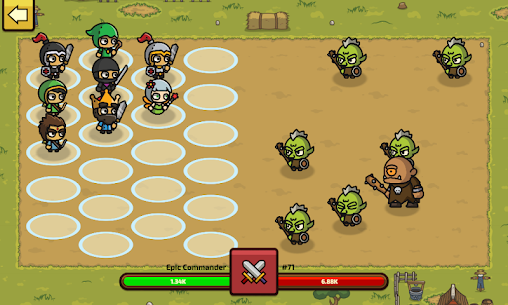