Play as a God, build your own solar.

Roaming the universe to collect GP (God point) and MP (Mass point) to grow your solar.

It is special type of solar system games, you need to build your own solar system by collecting asteroid to get MP, and destroy enemy planet to get GP.

Also each planet can also able to add satellites.

When enter each level, it is simulate a sandbox universe. You can enter the level unlimited of times, to get MP and GP again and again.

If you have enough MP and GP, you can build you dream solar system.

Play as God, create your own universe

- Can get more free GP 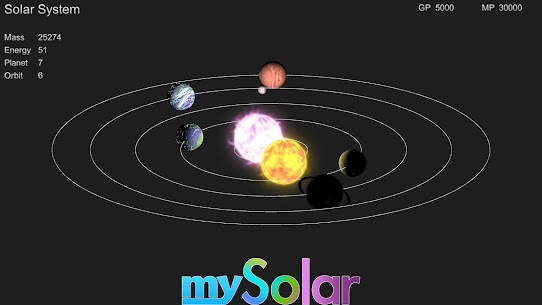