Collect as many balls as possible in a very short amount of time! Be fast and agile!

– Change your look and get amazing skins & accessories
– Unlock new monsters! There are more than 30+ different monsters in this game 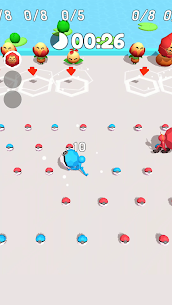