Hi! We have something for you. These are new famous cartoon maps. As a bonus, inside the app you will find mod based on the popular gravity falls games. The is a small town, which is exactly the same as the city in the cartoon. You can walk around the gravity falls mcpe map with Mabel and Dipper. Just be careful — at night on map in the thick of the forest wander evil monsters that will try to attack you. Real survival in minecraft pe. Don't let them catch you! 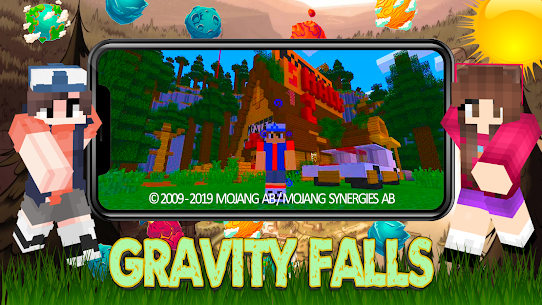 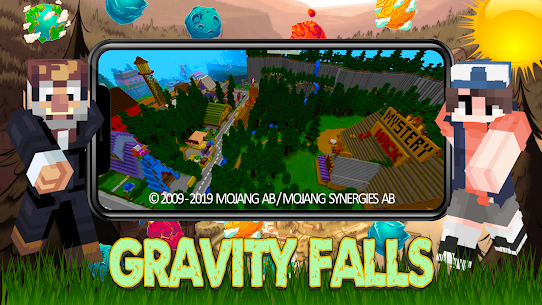 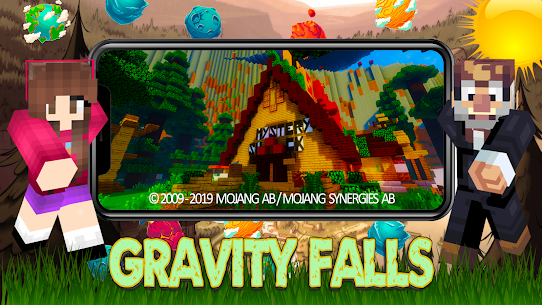