Become the greatest leader of the Middle East!
0/5 No votes
Report
Developer
iGindis GamesVersion
MEE_3.3.7
Updated
October 27, 2019Requirements
4.1 and up
Size
54MGet it on

Do you have what it takes?

It is the year 2027 and a big uprising took the existing government.
As the new leader, your goal is to ultimately become the supreme leader.
Using everything from diplomacy to war, you must strive to build an empire, both economically and militarily superior to all others.
Are you ready to lead, Supreme Commander?

* Fixed issues with sound playing in ads when sound is off.
* Fixed bugs and continue to improved the Artificial Intelligence.

We plan to improve a lot the game and for this we need our players support.
Your support important to us to continue developing.
Thank you,
iGindis Team 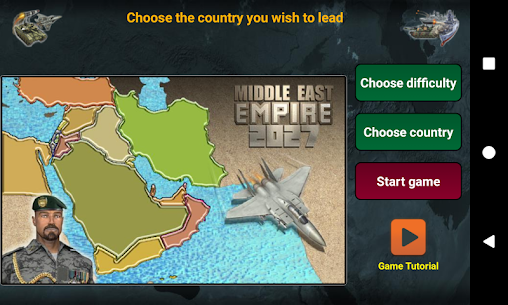 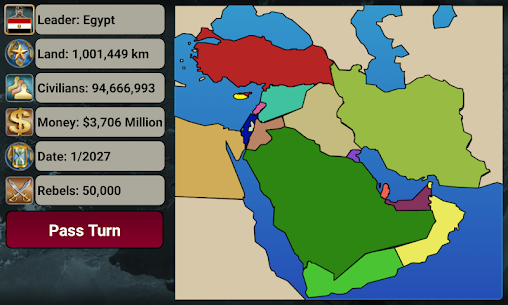 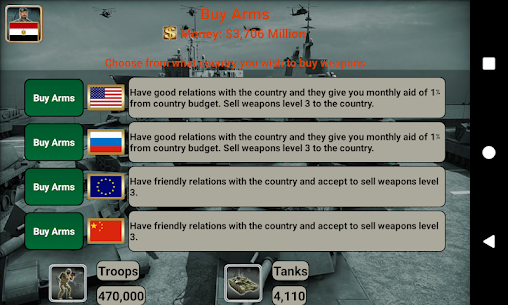 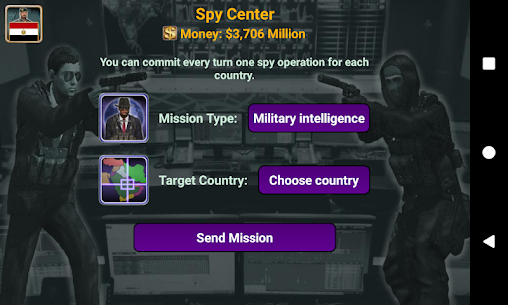 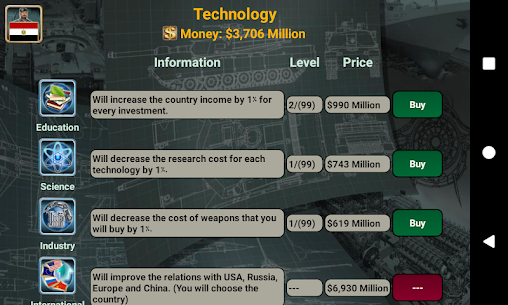 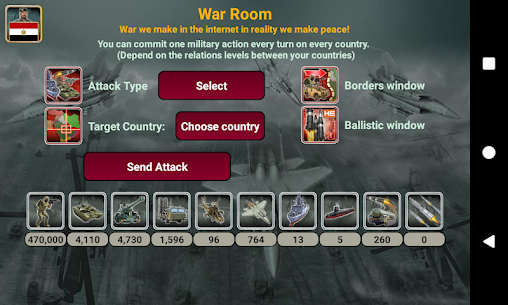 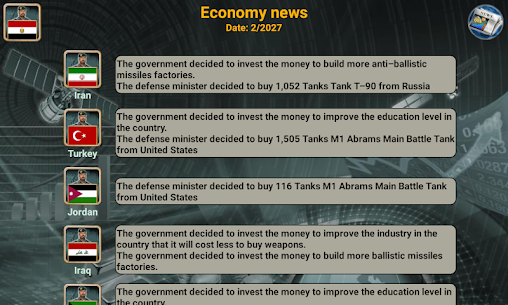 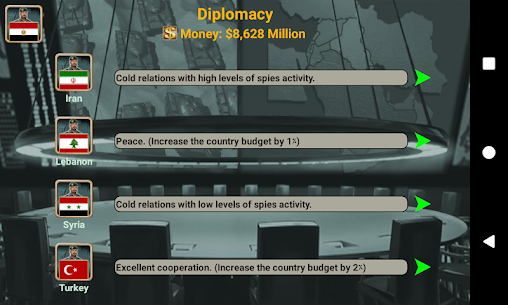