We have a superpower with which we can accumulate energy in our hands. Energy multiplies our physical strength and allows us to make incredibly strong blows. Move along the track, save up energy to fight with your most sworn enemies and finally win the upper hand. 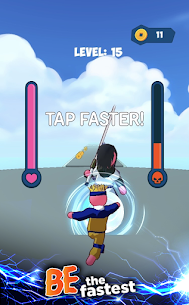