Playing is easy! Try to find the best way to complete each level. You can come up with your own solution and share it with other players. Be creative and don’t be afraid to think out of the box! Some levels look easy, but let’s see if you can get the 3 stars. 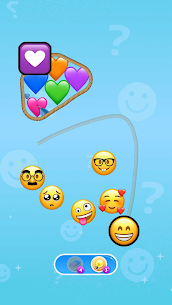