Surprisingly easy and fun to control plane!
-Take off and landing is highly realistic.
-Fly through the obstacles.
-Serve to your costumer during the flight. 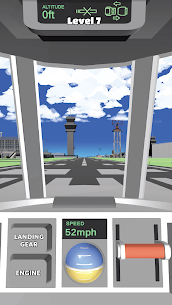