Pick 2 animals and the game will morph them together. Each hybrid animal has its own unique abilities and powers. There are millions of possible creatures to make. Explore and survive in a vast randomly generated world, battling hybrid monsters, and build a town that you control.

Painted items are fully rendered in the inventory 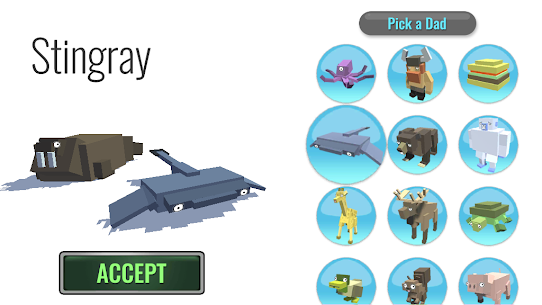