When you incarnate into player number 456, you will have to do everything to survive and win huge prizes. You will have to face hundreds of other opponents through the rounds. To increase the fun, you will have to fight other players and they will appear in the interface of familiar characters in each round. 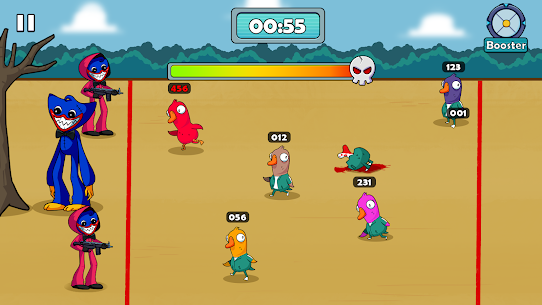