In Healing Rush you play as a doctor in a new hospital. Citizens have fallen ill to strange diseases, let’s get down to healing them! Only you can help – build the greatest hospital in town and save all the patients!

Your patients have many complex and strange diseases. Hurry up and use the right medicine to heal them in this simple and very addicting action game! 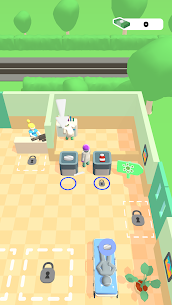