Gem Desert Grow is a casual game with the goal of growing trees and accumulating wealth. Simple operation, just click on the tree, you can get resources. With enough resources, trees can grow, and they will surprise you! Let your tree grow fast and bring life and wealth to this desert! 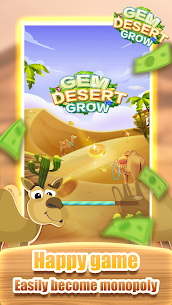