Walking through the royal gardens and halls of the palace, Froggy stumbled upon King Froggold II's mother-in-law, who obviously started something unkind...
0/5 No votes
Report
Developer
GKProductionVersion
2.8
Updated
February 22, 2022Requirements
5.0 and up
Size
22MGet it on

Using moddedfile.com App to upgrade Froggy vs. Mother-in-law, fast, freeware and save your internet data.

Walking through the royal gardens and halls of the palace, Froggy stumbled upon King Froggold II’s mother-in-law, who obviously started something unkind…

Note: The characters and the game itself may seem strange to you if you are not familiar with the universe of FKoKFII. And this game does not belong to the main universe FKoKFII. She enters another, frivolous universe.

Update 2.8.
- Two new achievements;
- Kitty and Crocco now need 100 points to unlock, not 200;
- Golden Froggy's invulnerability now lasts 14 seconds instead of 8;
- One spin of Kitty can now knock off multiple knives instead of just one;
- Other minor changes and fixes. 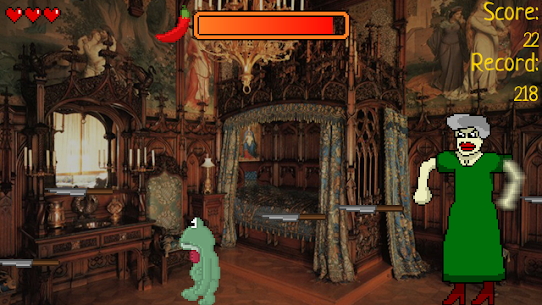