There is nothing that makes a person more healthy & strong more than Chilies! 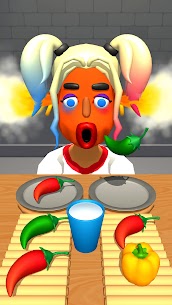