Anytime, Anywhere…
At last, You can play Eldorado in mobile.

# Eldorado Synopsis
El Dorado, known as the golden city in 16th Century,
But no one was able to find the golden city.
Time passed away, and it was lost to people.
Until..

While Ace, who woke up from the iceberg,
was talking with his friends,
he mentioned the stories from the elders.
of a golden man inside the ice.

‘Smartie’, a bookworm and archeologist heard of this
and became certain that ‘El Dorado’ must be close to ‘Ace’s’ hometown in ice.
and decides to find the golden city ‘El Dorado’ with his friends. 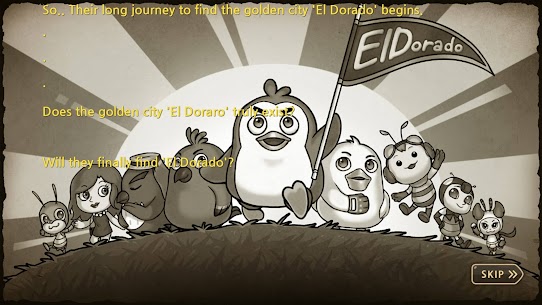