Give your feedback for future updates in this dolphin game: new robot shooting games 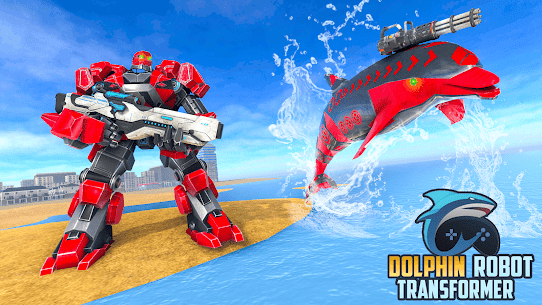