You probably think that roadrollers can’t fly, and you are 100% right, but… They can jump, and when they fall… Oh my! It’s a hell of a spectacle! ? ? Imagine throwing 12 tons of metal into a building. ? → ? Actually, you don’t have to use your imagination, just download our game! Lots of great locations, and really heavy vehicles are waiting for you to spread the art of destruction! ?? 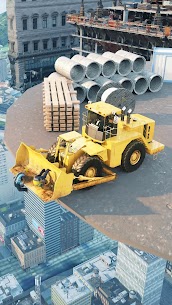