Play traditional checkers with the official rules of the game.
0/5 No votes
Report
Developer
MicroinformgamesVersion
4.5.1
Updated
November 22, 2020Requirements
4.0.3 and up
Size
4.5MGet it on

Using moddedfile.com App to upgrade Checkers, fast, freeware and save your internet data.

Play traditional checkers with the official rules of the game.

Features:
– Three levels of difficulty;
– Game mode for two players;
– Game mode with a computer;
– Ability to return to the previous move;
– You can make moves by moving the checker in one motion;
– Sound accompaniment of moves, with the possibility of switching off.

Thank you for being with us. 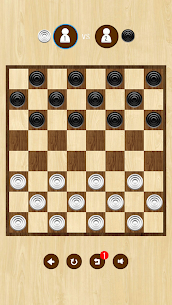