Welcome to a new day in city. We will try to resolve the car parking in a nice puzzle game.

Simple and Fun, but can get you headache! 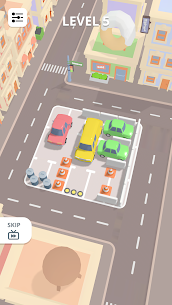